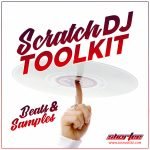 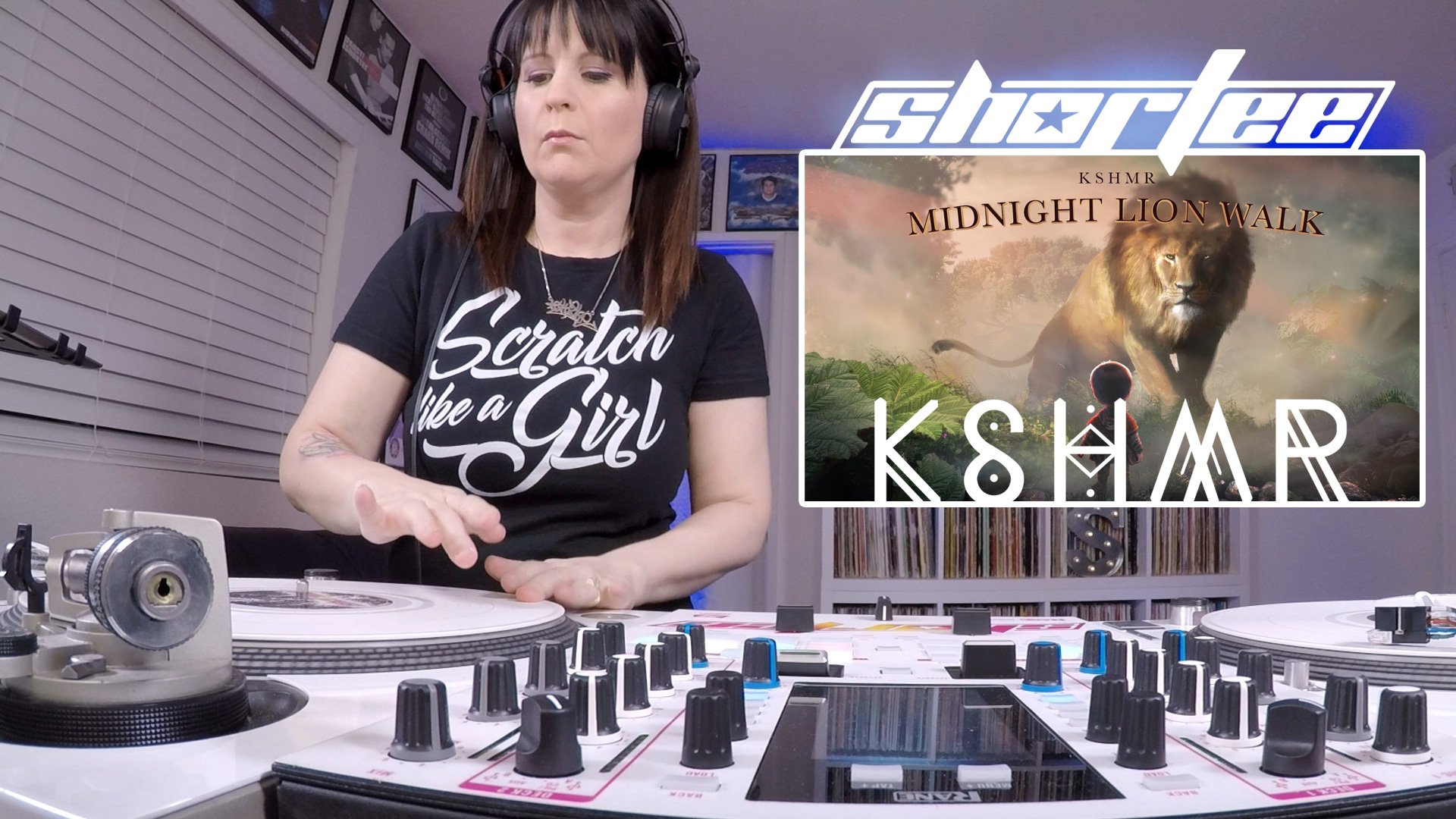 Ready for some cuts fit for a lion king? 🦁 Rawr! (You know I love my frisky felines!)

Here’s a roarin’ scratch routine I created for KSHMR with his tune “Midnight Lion Walk” from his latest album “Harmonica Andromeda”! 🎶

KSHMR is a super dope Indian-American musician, songwriter and producer, who debuted in ’04 as one half of the hip-hop production duo The Cataracs, releasing hits such as “Like a G6” with Far East Movement and “Bass Down Low” with DEV.

Those bass-beats are still straight 🔥 to this day, and I still have ’em in rotation when I rock Top40/open format gigs.

In 2014, he evolved into KSHMR, producing a diverse range of electro house, glitch hop, trance, house, breaks, trap, hip hop, pop and more. He’s one of those rare artists that has an authentic ability to delight the underground edm heads and mainstream pop fans alike. 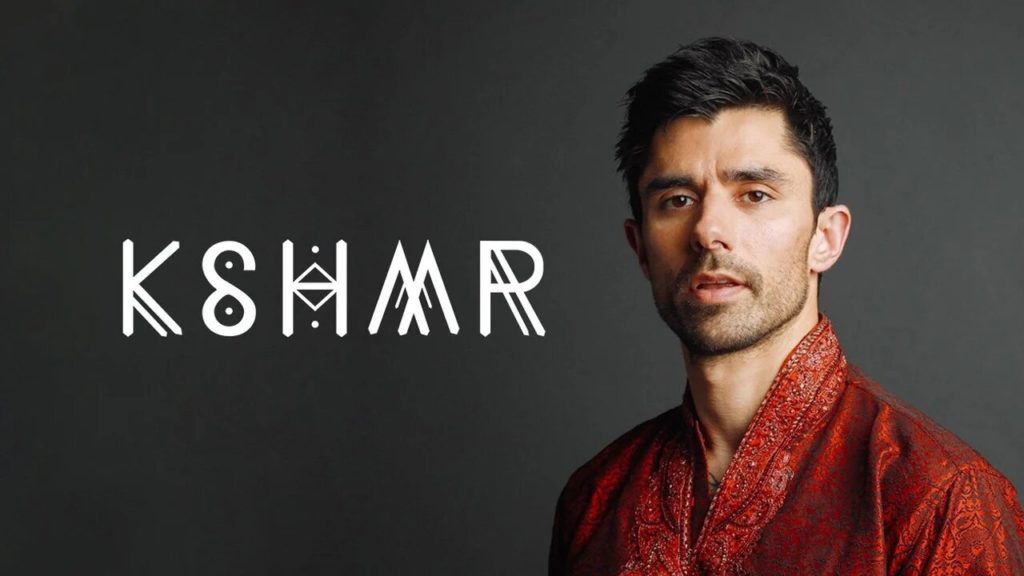 Needless to say, I was beyond honored when he hired me to create a scratch routine with his tune “Midnight Lion Walk” — a killer glitch hop track that’s fully composed & melodically complete.

Truth be told, it was a tricky tune to create a 1-minute scratch routine with because it’s already so full. There’s not much space for additional instrumentation.

So to remedy this, I remixed the tune to feature the few parts of the song that offered a bit more empty space to work with.

Still, even after my remix, it was tough to fit the cuts around the existing sounds in a musical way to make them part of the actual composition. 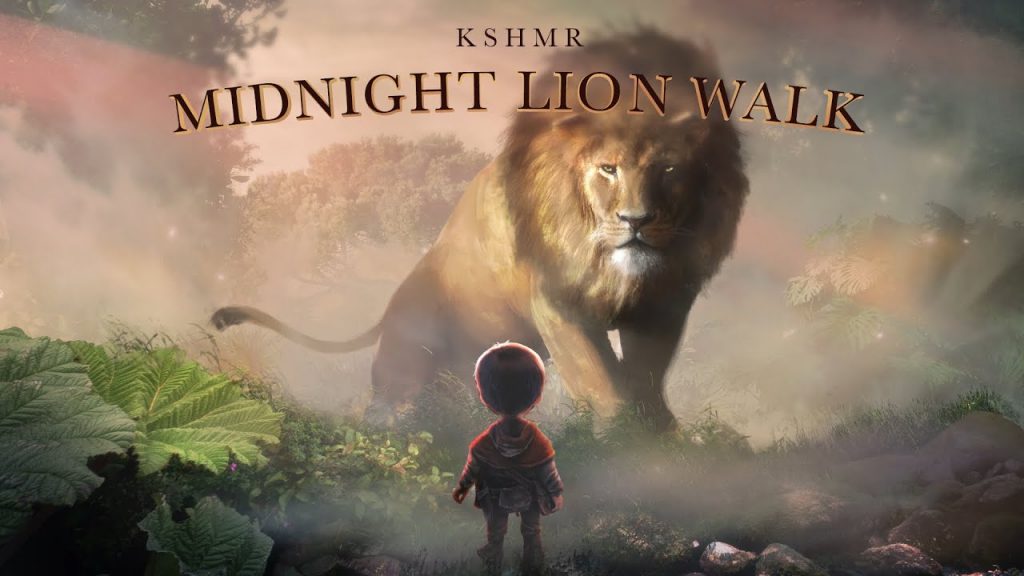 The most challenging part of creating this routine is that “Midnight Lion Walk” is also super melodic THE ENTIRE TIME.

Luckily, KSHMR provided me with his original production stems of his track so that I could use a few samples from the actual tune.

(I also used one vocal sample from the Scratch DJ Toolkit which you can download for FREE here!)

However, any scratch musician worth their salt knows that once the samples are scratched it completely changes the original key of those samples. Yikes!

This means that all of my scratch modulations also had to be performed live in key on the fly while simultaneously dancing around his OG melodies.

But don’t get it twisted…

The challenge is what made the routine so interesting and funnnnn to create!!

BONUS: It also made for a great FOCUSED & DELIBERATE scratch practice! Win! Win!

I hope you enjoy this scratch routine as much as I enjoyed creating it for KSHMR!

EQUIPMENT USED IN THIS VIDEO

PRIVATE COACHING 1-on-1
Want DJ skills that pay the bills? Learn to mix, scratch & beat juggle like woah — whether you’re a beginner DJ or a seasoned pro. Get to a level no DIY video will ever take you. Go from newbie to party rockin’ turntablist without skipping a beat. 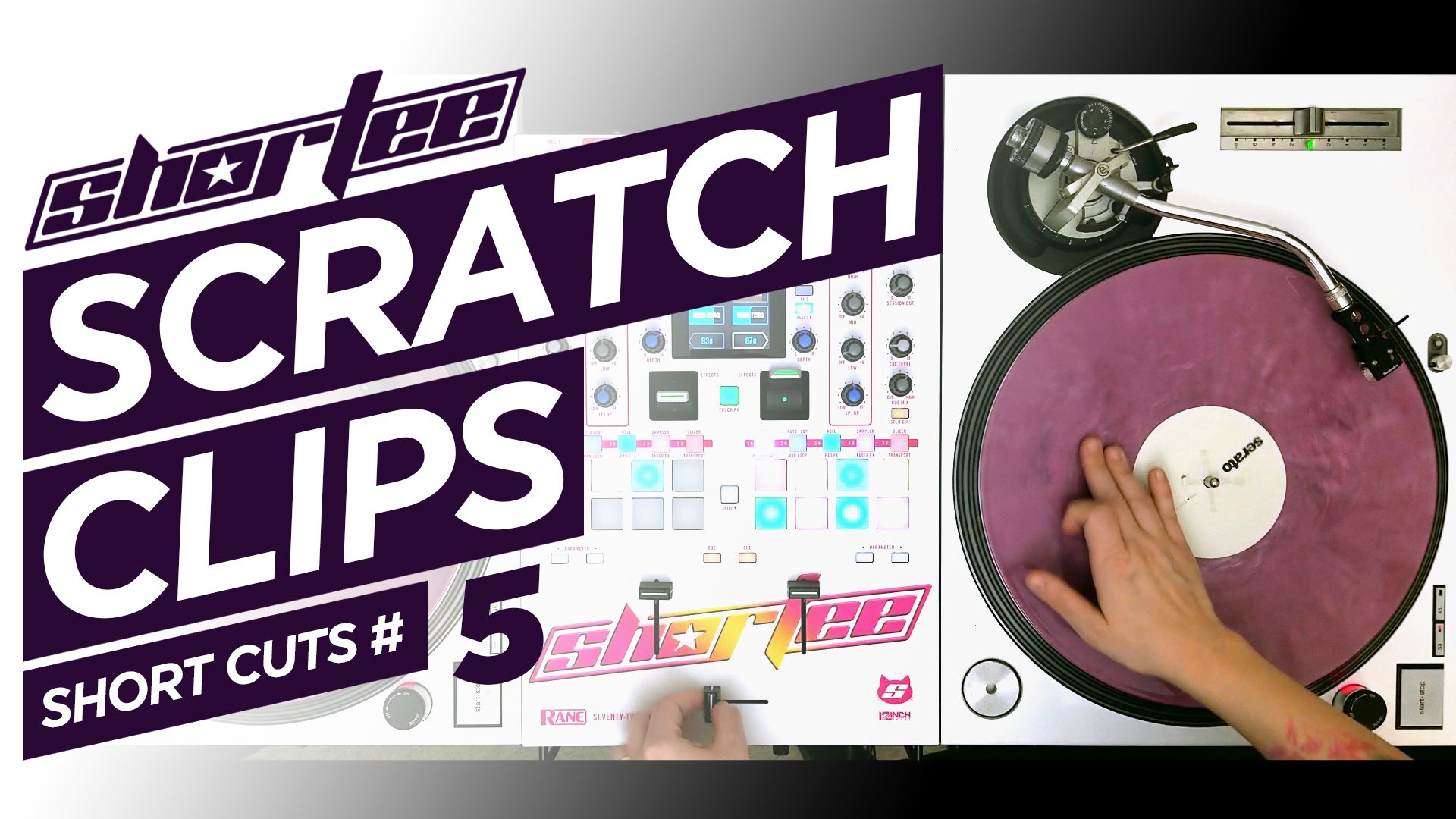 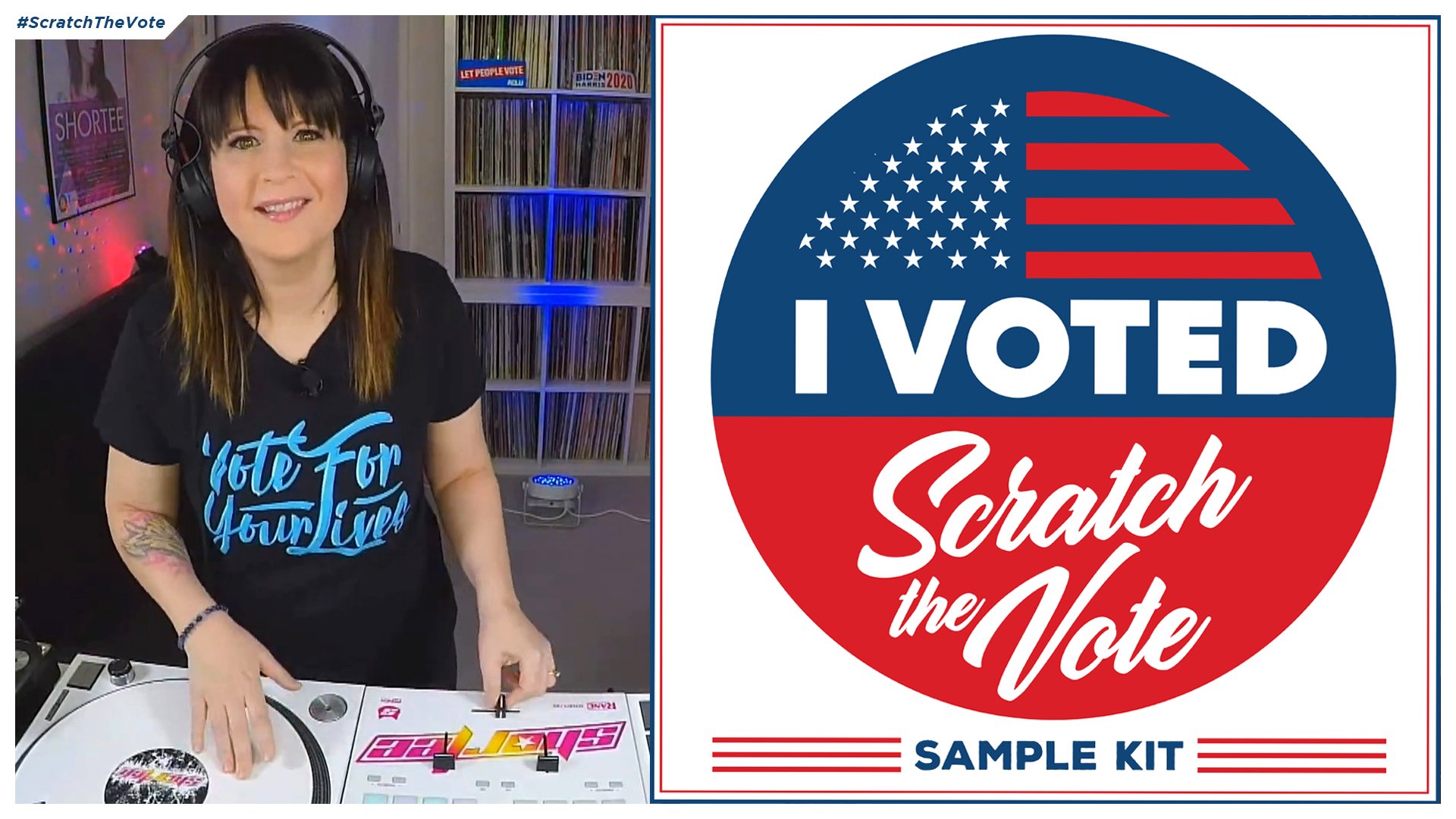 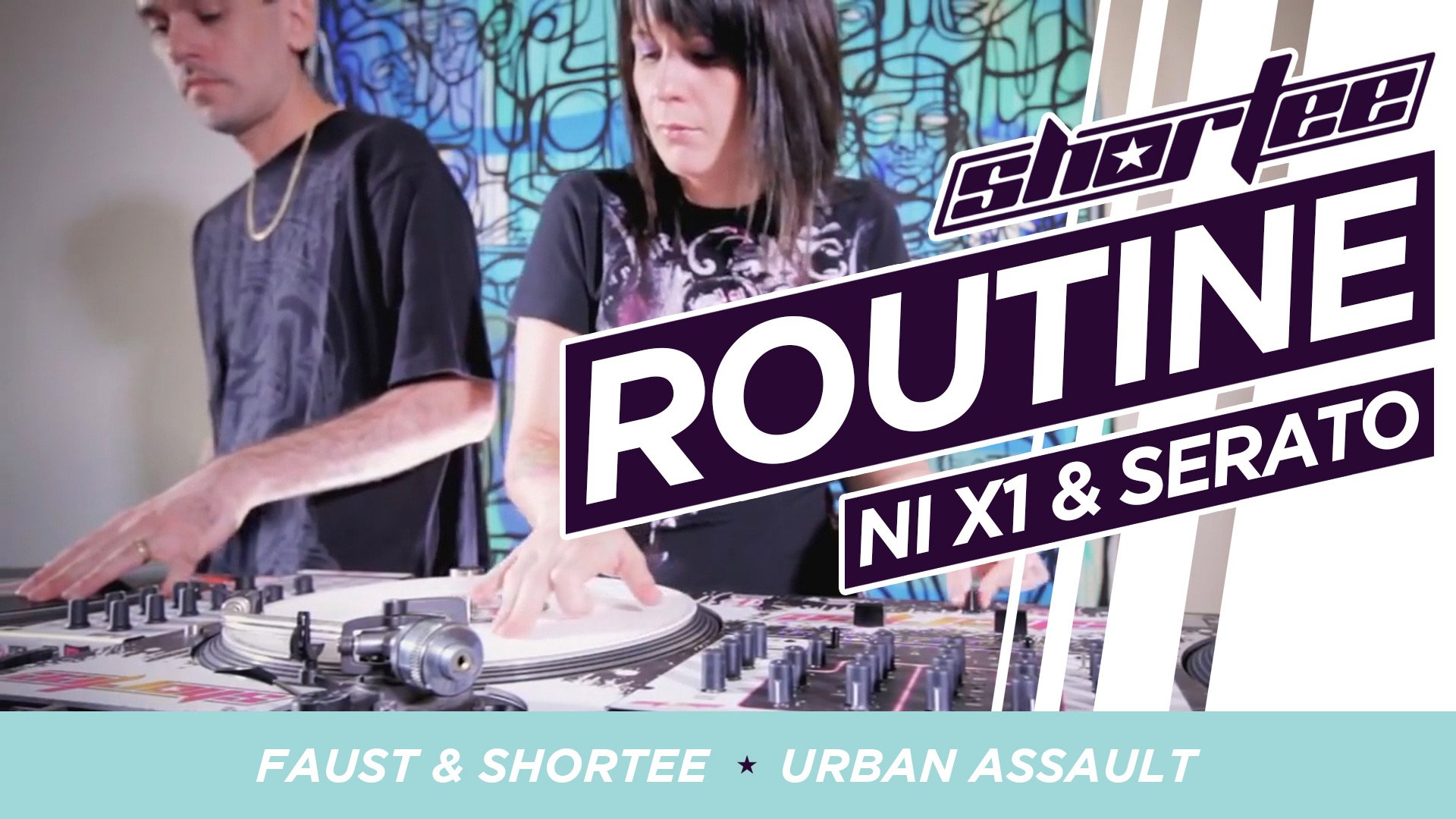 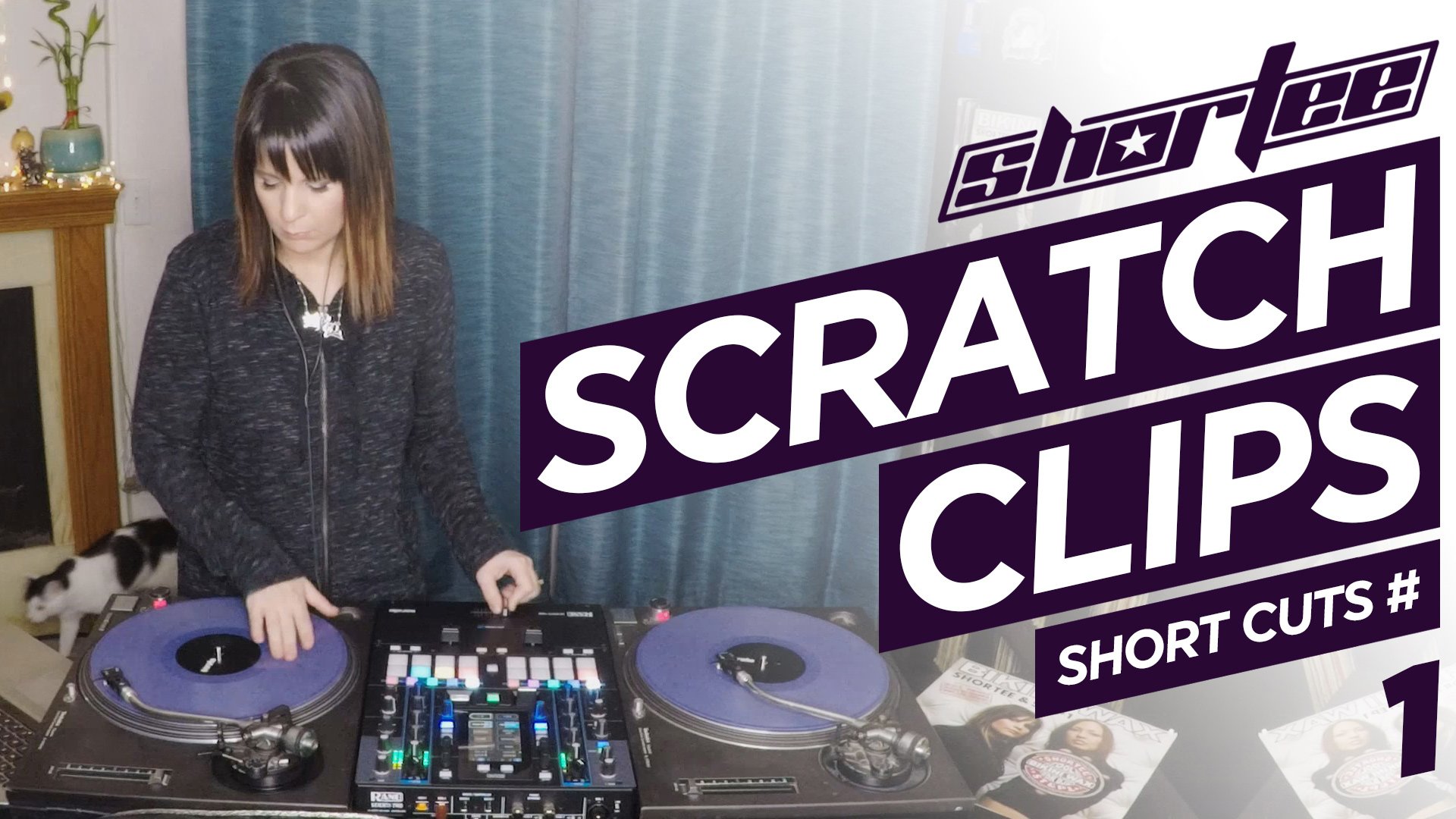 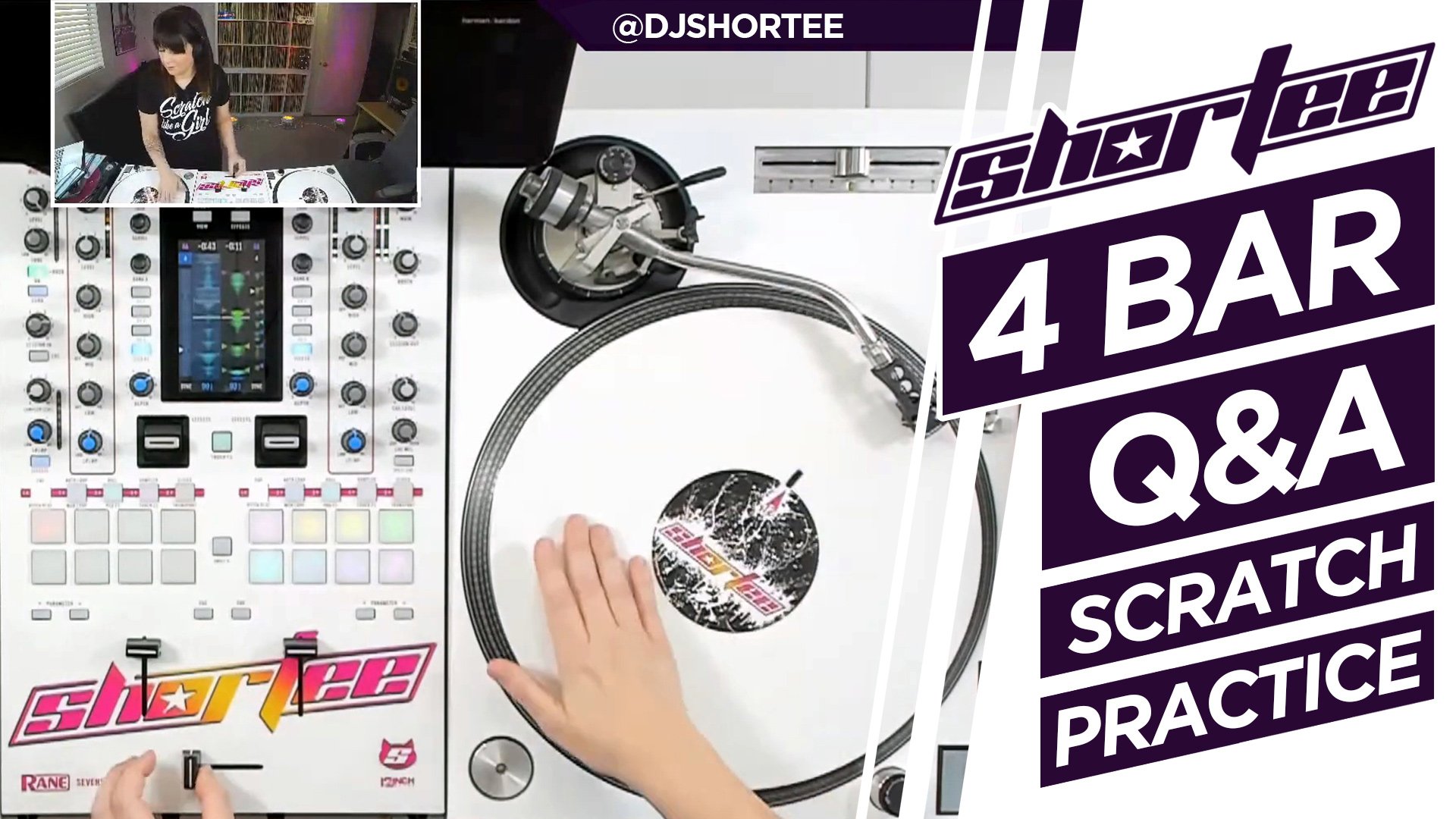 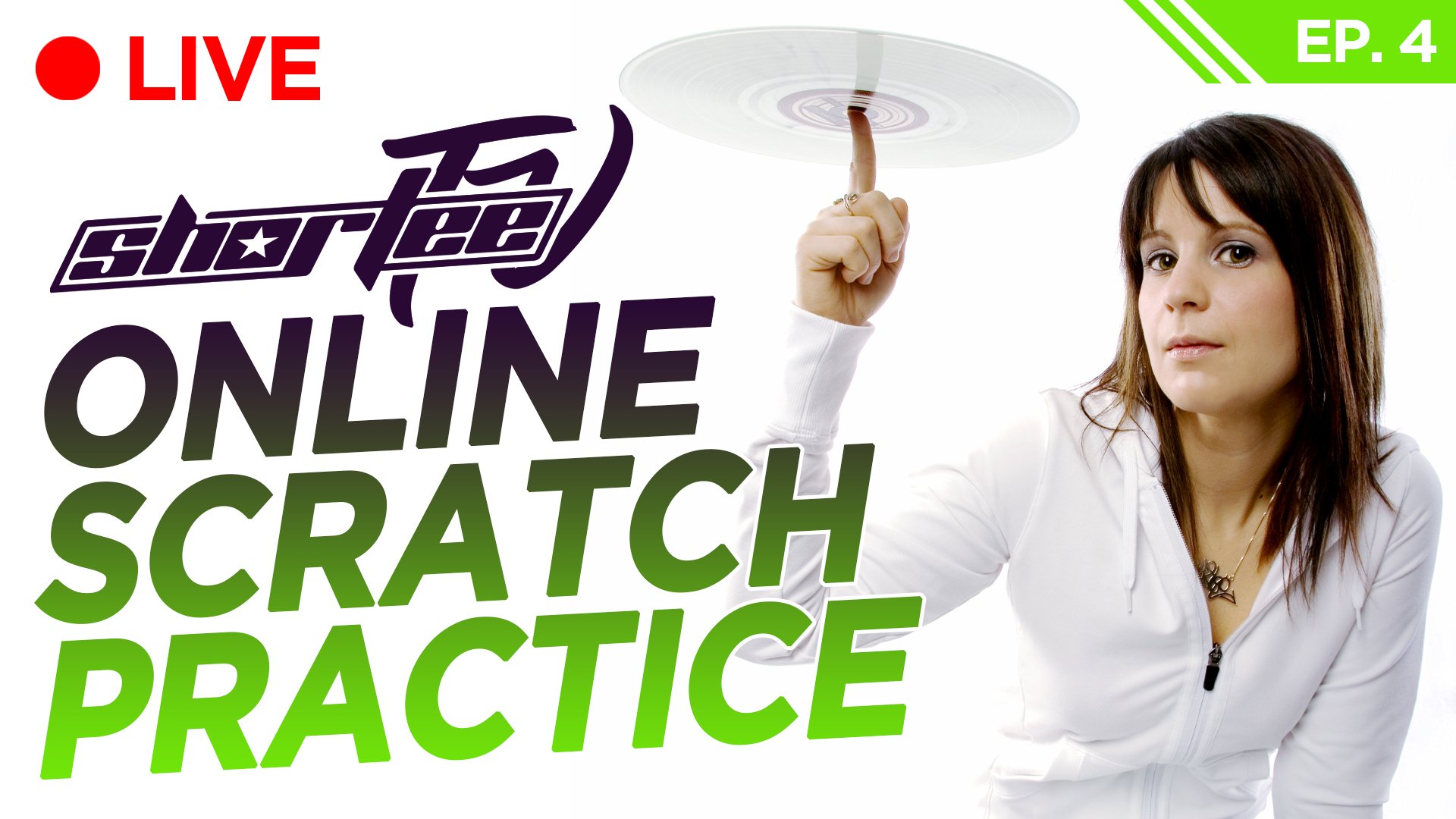 HOW TO PRACTICE SCRATCHING (AND GET RESULTS!) ★ LIVE “Scratch DJ Workout” EP 04 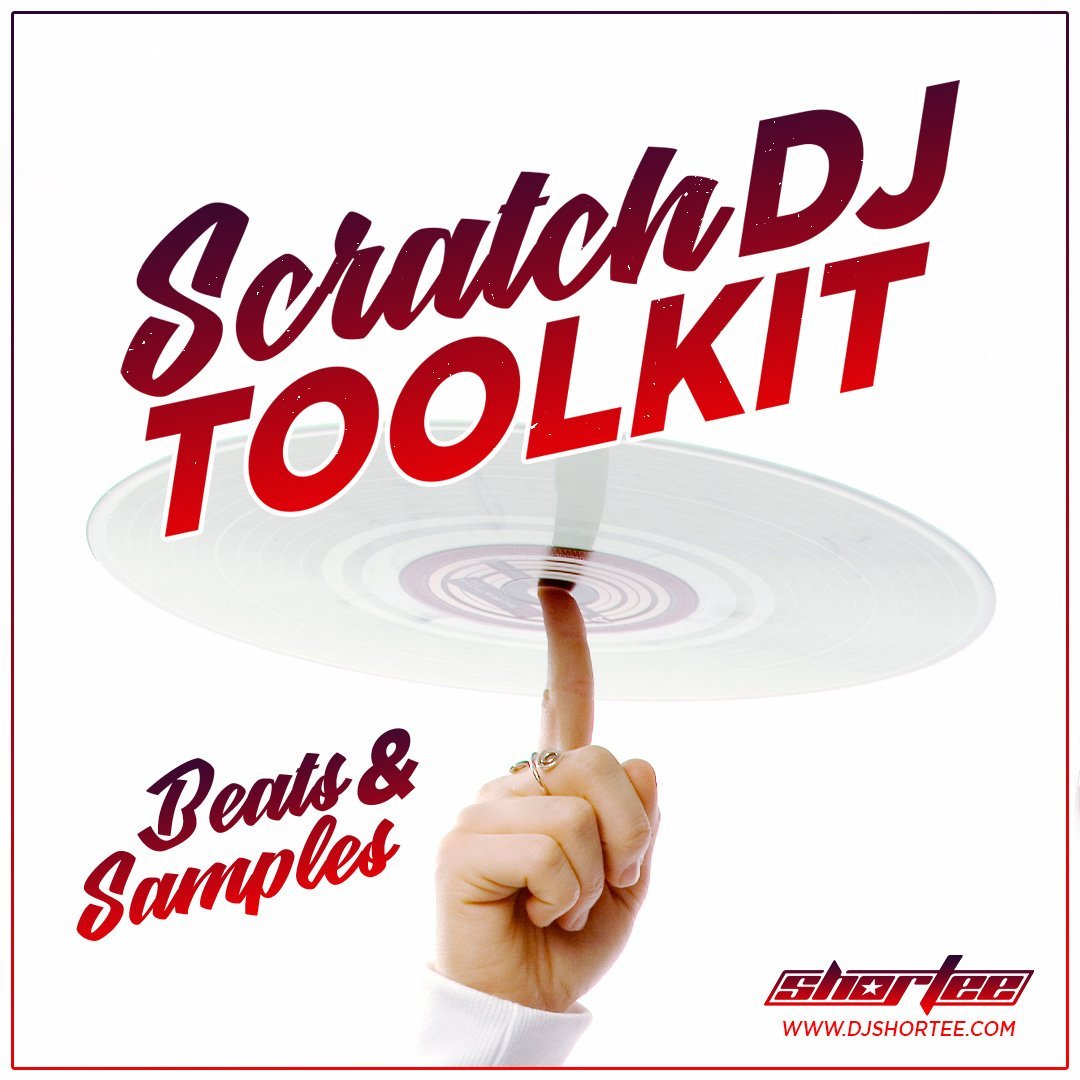 A collection of dope scratch samples and 11 exclusive beats to rock your scratch sessions like a pro. Gear up for your next Scratch DJ Workout!

You’ll also get more freebies + exclusive updates delivered to your inbox that I only share with my ‘ride-or-die’ peeps. Don’t like ’em? No probs. You can unsub in a click. 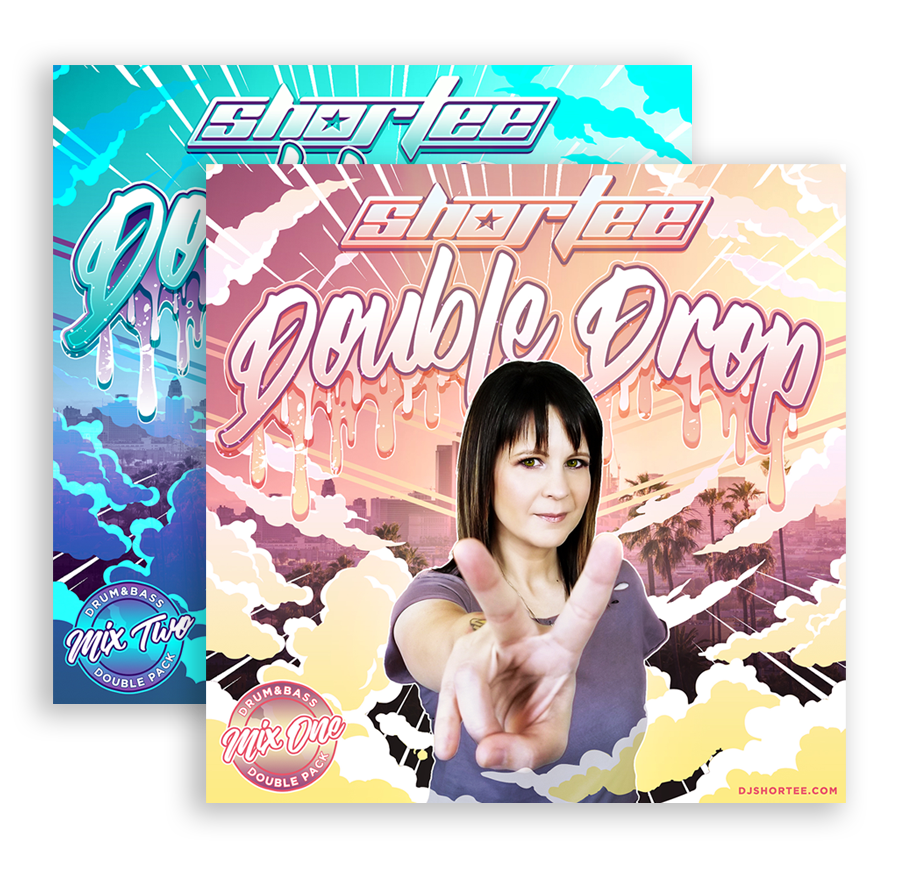 Download these TWO FREE action-packed Drum & Bass mixes drippin’ with cuts so dope they’ll make you do a double-take and scream ‘Rewiiind!’

Get twice the heart pumpin’ bass thumpins topped off with a double-dose of sweet, sweet scratching in one epic double-pack D&B mix download. — Boh! Boh!

You’ll also get more freebies + exclusive updates delivered to your inbox that I only share with my ‘ride-or-die’ peeps.
Don’t like ’em? No probs. You can unsub in a click. 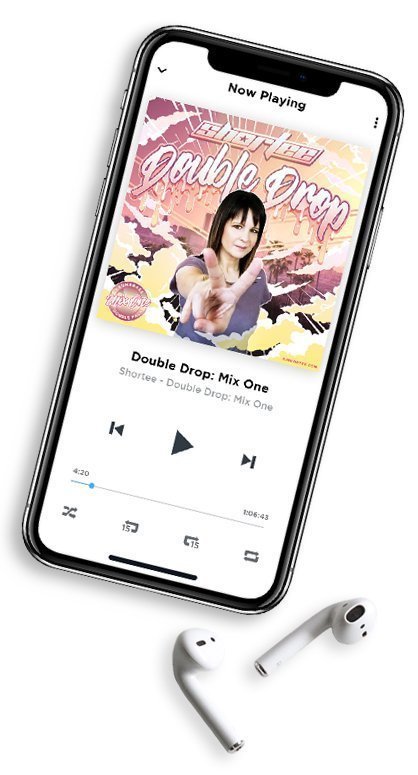 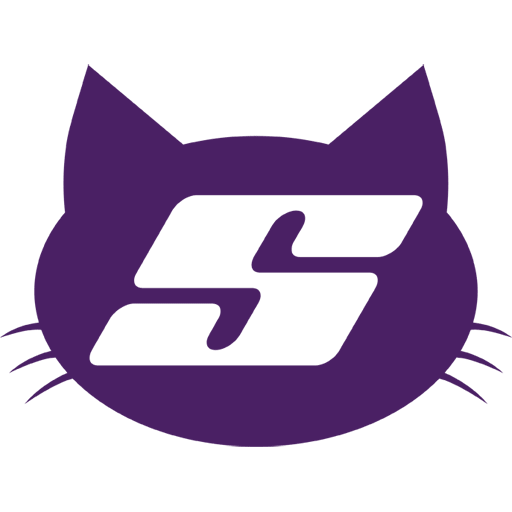